This race at the Wall of Brabant is an important part of the UCI Worldcup Series. Last year the GP Adrie van der Poel was the host of the world championships. But as so many times before, this years edition is the last big race before the worlds. For this reason the excellent race track suited as a last trail of strength for all those aspiring for a successfull participation in Tabor.

On Saturday it started to snow in the Netherlands, and so it looked as if the conditions would be quite similar to those in the czech republic next weekend. But just during the night, temperatures rose again, and so the contenders faced a soaked ground despite of ice and snow.

Eli Iserbyt on the path to victory

Eli Iserbyt prooved one more time that he is the one who has to be beaten when it comes to the Worldchampionships for the Juniors. Right from the start, the belgian champion took the lead and never gave it away untill crossing the finish line. Dutch rider Roel van der Stegen gained second rank just before Gage Hecht from the United States of America. Iserbyt was the overall winner of the Worldcup 2015 allready before this race.

A sweet victory after stormy days

Laurens Sweeck had to fear for his participation in the U23 Races. The belgian champion  surely is the main favorite for the rainbow jersey after Wout van Aert and Mathieu van der Poel decided to skip the U23 category and advanced to elite. But out of the sudden the nomination of Sweeck was cancelled by the belgian cycling federation as his name was mentioned in connection with doping investigations against a belgian physician. Dr. Mertens is suspect of treating a couple of athletes with forbidden ozone therapie. Sweeck who did not even know that he was connected to this investigation had to appeal at the belgian court for abritration in sports to  be able to content in the worldcup and championship races. During the race Laurens Sweeck prooved that it is absolutely right to consider him as one of the main favorites for Tabor. Together with GC leader Michael Vanthourenthout Sweeck escaped from the rest of the bunch and managed to gain a remarkeable gap from the chasers. When Michael Vanthourenhout struggled a bit and had to dismount in an ascent, Sweeck took his chance an attacked. He gained a short lead immediately and managed to extend it continuously towards the finish. And so Laurens Sweeck passed the finish line exuberantly happy leaving last weeks turbulent distractions behind. Michael Vanthourenhout finished second managing to defend his position in the general classement. Fabien Doubey a french rider gained the last spot on the podium.

The race of the champions When Sanne Cant came to Hoogerheide she had a comfortable lead of thirty points ahead of the first persuer Ellen van Loy.  Cant would have been able to start the race in a relaxed manner but she wanted to proove that she is a dignified GC winner and so she took the responsibilty for this race. But soon it became obvious that this day should see a different winner. Italian champion Eva Lechner managed to put he mark on the race. Very soon the young rider from Bozen was riding in front and racing a race of her own. Chasing Eva Lechner was a small group of champions assembled by belgian champion Sanne Cant, french champion Pauline Ferrand-Prevot and czech champion Katerina Nash.

One more time the barriers shoud play a inglorious role in a race. Sanne Cant got caught in the stands of one barrier and showed a spectacular salto. Fortunatly the young belgian wasn’t hurt but she lost contact to Ferrand-Prevot and Nash. At the end of the race, Katerina Nash managed to escape from Ferrant-Prevot who finished third. Sanne Cant defended her position in the GC finishing in fourth place. For the first time in history of women’s cyclocross a belgian girl won the general classification of a world cup. And so some small tears were to be seen on Cant’s face during the award’s ceremony. Last week both of the young rebels Wout van Aert and Mathieu van der Poel announced their final decision to appeal for a change toward the elite category. As the UCI accepted this appeal, both are now bound to start in elite races only. And so a revanche of last years U23 world championship race was about to take place in a higher category. As van Aert managed to win last year, this time young dutchman Mathieu van der Poel managed to have the better end for himself. Right form the start of the race van der Poel went in front and put some pressure on his opponents. But no one was able to keep up with the brand new dutch champion.

Behind van der Poel belgian rider Gianni Vermeersch was chasing the leader having a  small lead agains a bigger chasing group. This group contained most of the other big names. Wout van Aert, Lars van der Haar, Sven Nys and Tim Merlier were racing head to head for a long time. Just three laps before the end, the group caught Gianni Vermeersch again. During the last lap Wout van Aert attacked and managed to escape from the chasing group, finishing in second place. Kevin Pauwels was safe for his GC win, and so he left the remaining place on the podium to his teammate Gianni Vermeersch. This success secured Vermeersch the last remaining ticket for the worlds.

Mathieu van der Poel and Wout van Aert have to be taken as serious contenders for the world championships next weekend. But championships alway obey to their own rules, and so we might see someone completely different taking the rainbow jersery next sunday.

As a wise man said: “Forecasts are allways a bit tricky since they are related to the future” 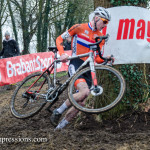 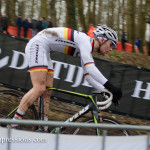 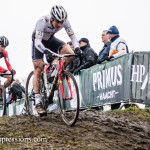 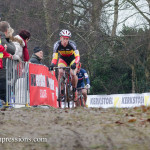 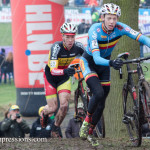 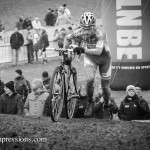 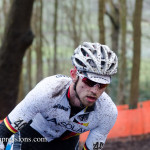 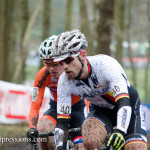 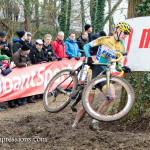 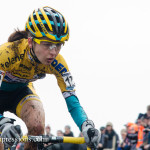 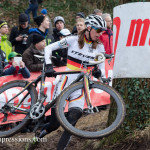 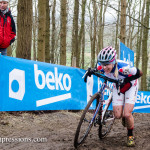 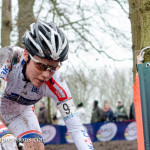 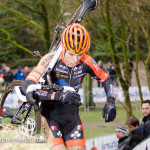 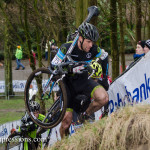 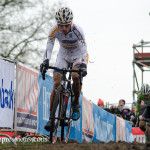 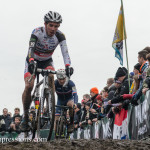 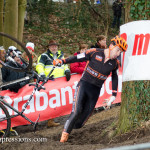 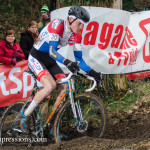 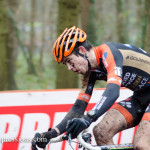 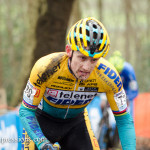 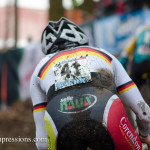 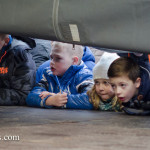